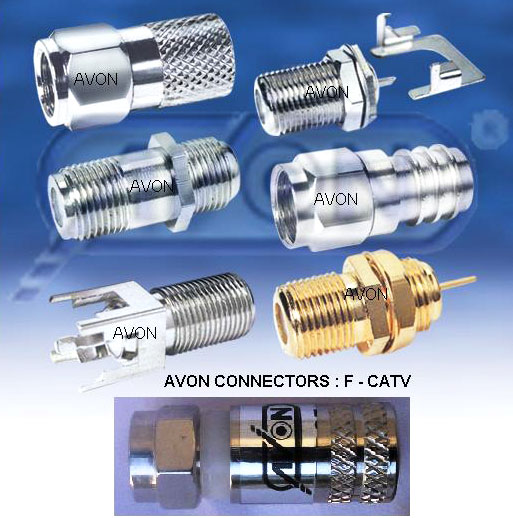 The RF Microwave Coaxial F Connector is a common means of connecting television signals. It is a type of coaxial RF connector commonly used for "over the air" terrestrial television, cable television and universally for satellite television and cable modems, usually with RG-6/U cable or, in older installations, with RG-59/U cable. The F connector is inexpensive, yet has good 75Â Î© impedance match up to 1Â GHz and has usable bandwidth up to several GHz.